I currently report on courts and crime for the San Luis Obispo Tribune. When I'm not reporting, I spend my time exploring the outdoors with friends, teaching and practicing hot yoga, and binge-watching Explained by Vox on Netflix. I also love to spoil my rescue pups, Bugsy Malone and Camilla.

View my most recent stories below: 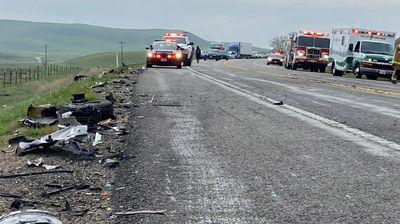 The person killed in a fatal collision on Highway 46 Monday has been identified as 60-year-old David Alan Schulte of Exeter, according to a California Highway Patrol Templeton news release, and the driver who apparently caused the crash has been arrested on suspicion of driving under the influence. The collision occurred west of the Jack Ranch Cafe between Shandon and the Cholame “Y” shortly after noon, according to the California Highway Patrol. It forced the highway to close in both direction 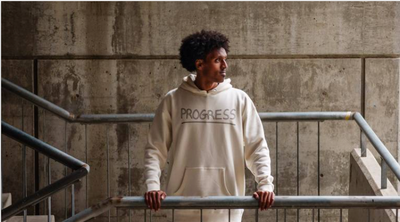 A San Luis Obispo Superior Court judge denied an invitation to dismiss the charge against a Black Lives Matter activist Friday, after the man’s legal team asked for the case to be dropped. The charge was related to the July 21, 2020, demonstration that blocked Highway 101. Amman Asfaw’s legal team filed an invitation to dismiss the charge Jan. 13, and the San Luis Obispo County District Attorney’s office filed an opposition to the invitation on Friday prior to the court hearing. Asfaw is char 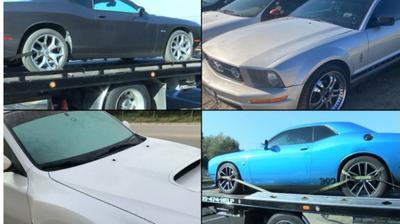 Four vehicles were impounded in northern San Luis Obispo County last week after they were connected to an illegal street racing event, California High Patrol Templeton said in a news release. The illegal event took place on Jan. 21 near Estrella Road and Martingale Circle near Paso Robles. The vehicles were impounded on Jan. 26 for 30 days, and the drivers have been interviewed regarding the alleged street racing, though no arrests have been made. Jose Meza, public information officer for CHP 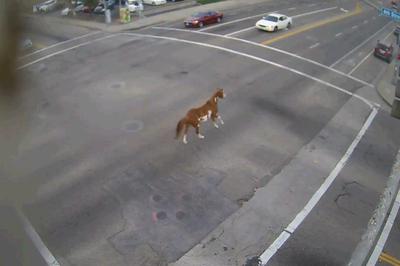 When Grover Beach resident Amandalee McClellan left her home for a walk Monday afternoon, she was joined by an unexpected guest: a runaway horse. The horse, a 14-year-old named Hidalgo, had escaped from the beach parking lot, Grover Beach police said in a social media post, before proceeding east on Grand Avenue for several blocks before ending up near Grover Beach Elementary School at 10th Street and Seabright. “There’s a horse ... on the run!” McClellan said in a video she posted to the SLO 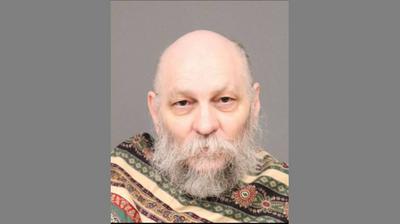 Sexually violent predator will not be released in SLO County, DA’s Office announces

A man with a history of sex crimes against children will remain committed under the care of the California Department of State Hospitals, the San Luis Obispo County District Attorney’s Office announced in a news release Monday. On Monday, San Luis Obispo County Superior Court Judge Michael Duffy ordered Richard Mullin, 63, to be committed to Coalinga State Hospital after a jury found him to be a sexually violent predator. Mullin had reached the end of his criminal sentence, and if not committe 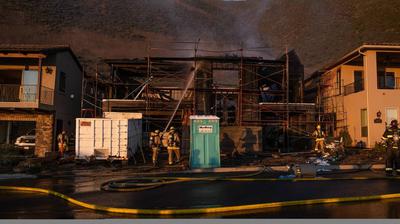 Flames destroy house under construction, damage others in Pismo Beach

The property was a new home under construction in the 1200 block of Costa Brava, behind City Hall and F. McLintocks Dining Hall and Saloon on Maddie Road. The fire began around 4:25 p.m. and was contained shortly after. Cal Fire Pismo Beach Battalion Chief Paul Lee said crews will be working on the scene for a few hours. Lee said the fire caused the second story of the home to collapse, but no one was injured as the house was not occupied at the time. The flames also damaged the two neighbor 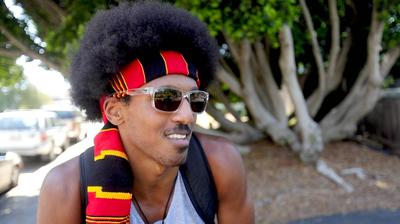 In a court filing Friday, the District Attorney’s Office stated they do not want to see the case against a Black Lives Matter activist dismissed after the man’s legal team claimed he was being singled out due to his race. Amman Asfaw is charged with misdemeanor false imprisonment in relation to the July 21 protest where demonstrators blocked Highway 101 for about an hour. He is one of seven people, including activist Tianna Arata, charged in relation to the protest. Asfaw’s legal team filed a 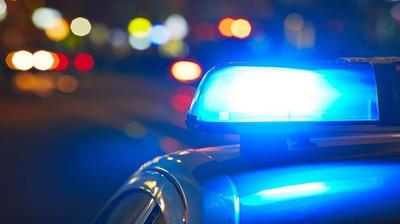 Two men were arrested Thursday on suspicion of a robbery and assault that took place in Paso Robles on Jan. 14, the Police Department said in a news release. Efren Soto-Acuna, 18, and Andres Juniro Esquivel-Zavela, 21, are alleged to be two of several people who attacked three people near the 2800 block of Park Street. The incident was determined to be gang-related. Several people attacked two victims, the release said. The people hit one victim in the head with an object and took the other vi 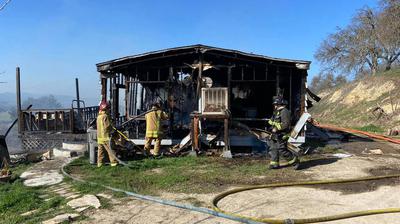 A mobile home was “completely destroyed” by a fire Tuesday near Atascadero, according to Cal Fire. The home was located on a hill near Highway 41 and Homestead Road. Cal Fire received the dispatch call at 11:08 a.m., and the blaze was well-established when firefighters arrived. It was controlled by 1:09 p.m with help from the Atascadero Fire Department. The cause of the fire is not yet known and is being investigated, fire officials told the Tribune. The Red Cross is assisting the residents 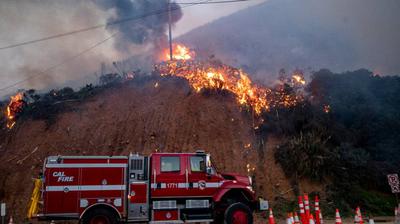 The Colorado Fire, which has burned about 700 acres in Big Sur, was caused by hot embers from a “pile burning operation,” Cal Fire said in a news release Tuesday evening. “High winds blew the embers onto nearby vegetation, which ignited the fire,” the release said. The San Francisco Chronicle reported that fire officials said the burn operation appeared to be on a residential property, and whether the residents had a burn permit is under investigation. The fire was 55% contained as of Wednesd 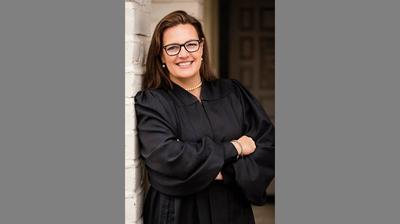 Another person announces bid to be SLO Superior Court judge. Here’s who she is

San Luis Obispo County Family Law Commissioner Erin Childs announced Friday she will run for a judge seat on the San Luis Obispo Superior Court. Childs currently handles family law cases, which includes child custody and visitation, child and spousal support, domestic violence, divorce and other issues. According to a news release Friday, Childs has two decades of experience in the law and ten years working in the Superior Court. She graduated from the University of California, Santa Barbara 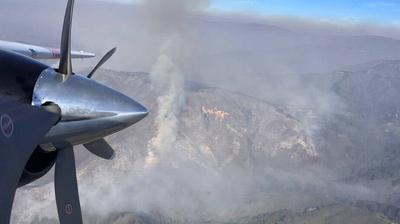 Crews continue to increase containment of the Colorado Fire in Big Sur, and officials have closed the evacuation center, according to the latest update from Cal Fire. The fire is now 45 percent contained as of Tuesday morning, according to Cal Fire’s update. It began on Friday at 5:19 p.m. and has burned about 700 acres. The fire behavior was “moderate” overnight and onshore winds along the coast increased humidity in the area, Cal Fire said. Cal Fire anticipated that those conditions would re 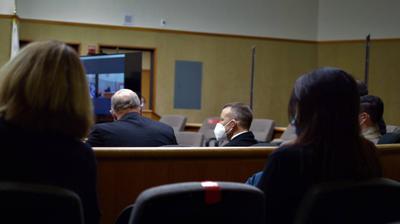 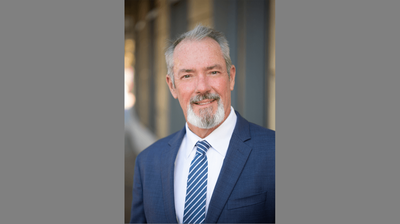 Deputy District Attorney Mike Frye announced in a press release Tuesday his campaign to fill an open judge seat at San Luis Obispo Superior Court. Frye is currently the head of the public integrity unit at the District Attorney’s Office. He has been a prosecutor for 25 years in both state and federal courts. He is one of 321 attorneys in California — and one of two in San Luis Obispo County — recognized as a criminal law specialist by the California State Bar, according to the release. “If ele 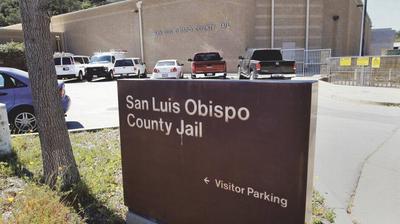 A former San Luis Obispo County sheriff’s correctional deputy who was fired for sexual harassment won’t get his job back after a judge denied his petition for reinstatement on Jan. 14. Lars Luther was fired on Jan. 23, 2020, following a months-long investigation of sexual harassment against a female employee, according to court documents, which provide a detailed look into the accusations against him. 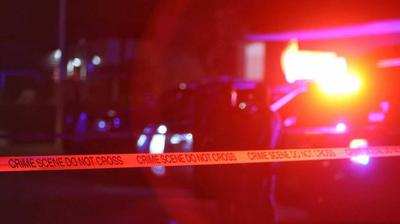 The Arroyo Grande Police Department and the San Luis Obispo County Sheriff’s Office are investigating a possible overdose after they found a 13-year-old child unresponsive Thursday. The child was receiving CPR when officers and EMS arrived on the scene at around 7:00 a.m., according to a police department news release. They attempted life-saving measures, but the child did not survive and was declared dead on the scene. The child attended Judkins Middle School in Pismo Beach. “The passing of 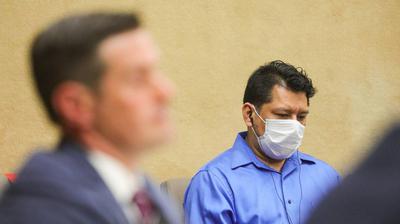 A man accused of murdering a Paso Robles woman — whose disappearance sparked a massive, months-long missing persons search in 2018 — was found guilty Thursday, according to a news release from the San Luis Obispo County District Attorney’s office. Carlo Fuentes Flores, 45, was convicted of murdering 62-year-old hairstylist Nancy Woodrum in May 2018 by San Luis Obispo County Superior Court Judge Timothy Covello. According to the release, Flores waived his right to a jury trial. Covello also fo 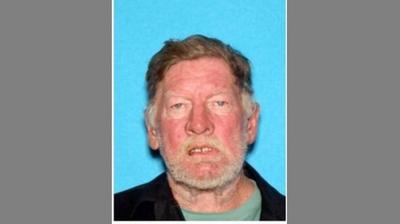 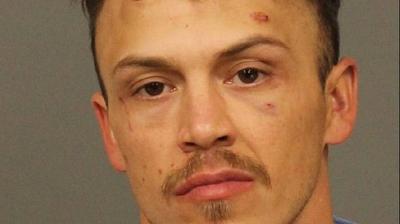 A Paso Robles man was sentenced to life in prison without parole Wednesday for murdering his girlfriend and their unborn baby in 2019, the San Luis Obispo County District Attorney’s Office said in a news release. Daniel Raul Rodriguez Johnson, 34, pleaded guilty in September to the first-degree murder of Carrington Jane Broussard, 27, and second-degree murder of their full-term unborn baby and admitted to the special circumstance of committing multiple murders. Johnson could have faced the dea 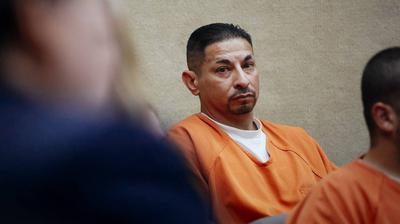 A man who violently attacked three women in San Luis Obispo was sentenced to 50 years to life in prison, the San Luis Obispo County District Attorney’s Office announced Wednesday. Arthur Tiofilo Rocha, 43, was convicted in August of four violent felony sex crimes against three women in 2018. According to testimony during a 2019 preliminary hearing, Rocha broke into a San Luis Obispo apartment in the middle of the night, put a knife to the female resident’s throat, raped her and forced her to p
Load More Articles
Close ✕