These are articles where I took the photos and reported and wrote the story. 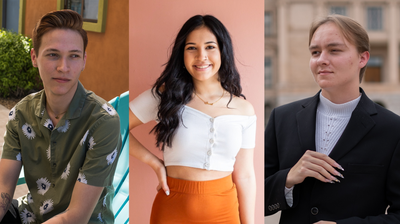 COVID relief for thousands of foster youth has expired. Will lawmakers renew it?

Former foster children are among the most vulnerable people during the pandemic. They already are at greater risk for homelessness and living in poverty, advocates said, especially those who aged out during the pandemic. A federal COVID-19 relief package passed in Dec. 2020 helped support more than 40,000 former foster youth, according to Think of Us, a national think tank that focuses on child welfare policy. The measure included extra stimulus money and expanded benefits that helped them surv 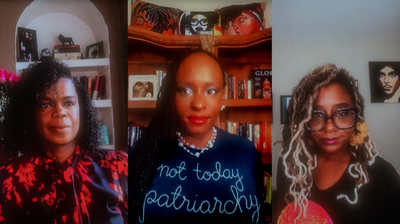 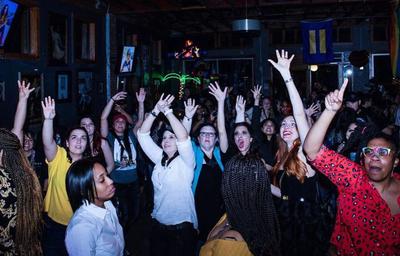 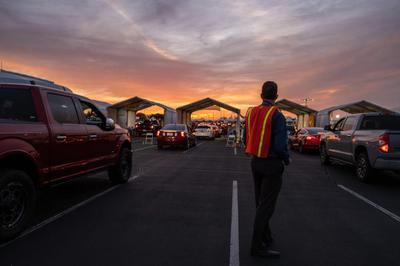 'It feels like freedom,' 8 people describe getting their COVID-19 vaccine

The COVID-19 vaccine cards are record-keeping necessities. Slightly smaller than an index card, the white piece of paper pinpoints when and where you were vaccinated. But it doesn’t capture the wide range of life experiences that led to that moment. As the Biden administration and local governments expand the availability of vaccinations across the country, that little piece of paper has taken on added weight. Many have shared selfies of themselves after getting the vaccine at a school gymnasiu 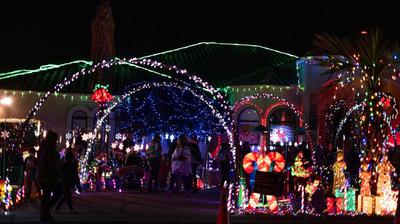 The Taylors' Ahwatukee front yard, a Christmas light staple for the past 18 years, is adorned this year with wooden paintings of characters from favorite films like "The Peanuts Movie" and "Frozen," a handmade sleigh to take photos in and interactive games. Thousands of lights can be seen from half a mile up Kachina Drive. The family tradition started in 1999, 21 years ago. It became a popular attraction once the family moved to Ahwatukee, but 2020 will be the display's last year. The Taylors a 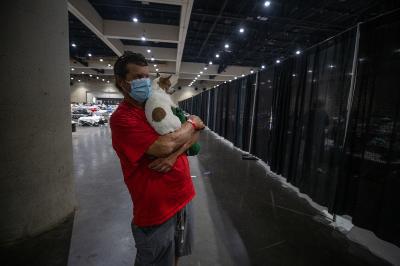 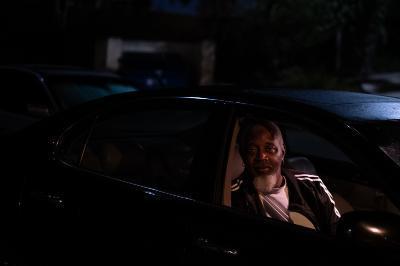 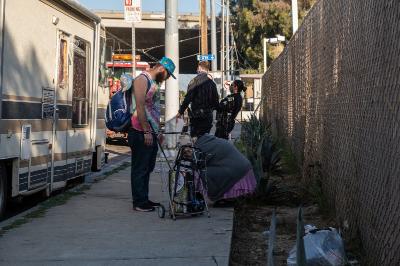 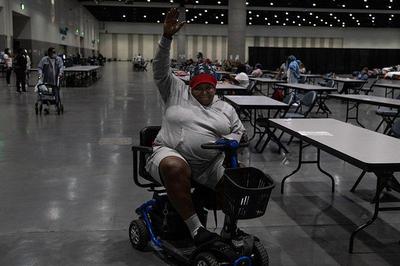 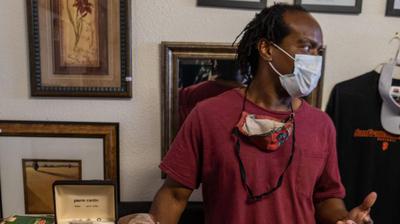 Grand Avenue thrift shop owner no longer facing eviction thanks to community support Edward Blackwell moved into his thrift store — which is slightly larger than a walk-in closet — on Feb. 4. He said he fell on hard times and couldn’t afford rent at his apartment and the business, and his business landlord said he could live at his store, the Giving Vine Thrift Store inside Desert Sun Plaza on Grand and 15th avenues. Sales slowed down, and even though Blackwell was able to stay afloat with a s 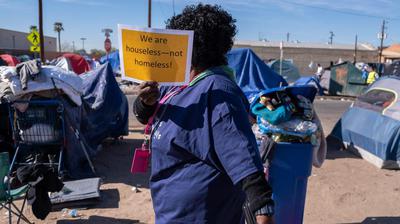 'Houseless not hopeless:' Groups protest the criminalization of homelessness in Phoenix

About 30 people gathered on Twelfth Avenue and Jefferson Street in Phoenix by the Human Services Campus on Sunday afternoon to protest the treatment of people living on the streets by Phoenix police. Advocates and people experiencing homelessness walked by dozens living in tents and on sidewalks as they chanted "houseless not hopeless" and made their way to local nonprofit André House. Many wore shirts that said, "Homes Not Jails." Jesús Villa, a minister at Universal Life Church, said the dis 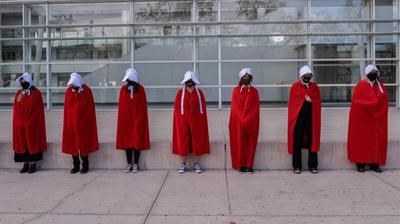 About 20 women, most of whom are attorneys, dressed in red cloaks and white hoods, walked synchronized in silence in front of the Sandra Day O'Connor U.S. Courthouse in downtown Phoenix on Sunday to honor late Supreme Court Justice Ruth Bader Ginsburg and to protest the plan to replace her with Judge Amy Coney Barrett. Christina Carter, an attorney who has represented many people arrested at protests against police violence this year, was one of the organizers for the event. The cloaks and hood 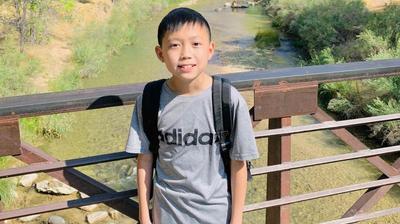 Hundreds gathered Friday to celebrate the life of an 11-year-old Chandler boy who died in a watercraft crash in Utah. Family, friends, classmates and teachers of Ethan David Law gathered at the Amberwood Park, which is adjacent to Chandler Traditional Academy's Goodman campus, where Law attended school. They shared tears and happy memories in remembrance of an "unforgettable" sixth-grader. Officials said Ethan was injured on Oct. 5 at Sand Hollow State Park near St. George, Utah when two perso 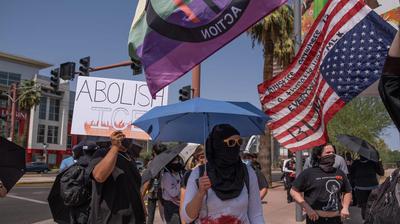 A group of more than 20 people gathered in front of the U.S. Immigration and Customs Enforcement building Sunday to speak out against the agency's practices in detention centers — most recently the alleged forced sterilization of women. The Department of Homeland Security announced last week it is looking into a whistleblower complaint that claimed federal immigration detainees in Georgia underwent unnecessary gynecological surgeries — including full hysterectomies — without their consent. "Wi 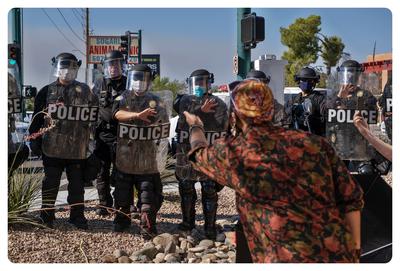 A peaceful protest of President Donald Trump outside of Dream City Church ended quickly Tuesday afternoon as the president spoke to some 3,000 attendees when Phoenix police officers fired flash-bang grenades, pepper balls and pepper spray into the crowd of more than 200 people, declaring it unlawful. The protest, organized by the W.E. Rising Project, walked from Cave Creek and Cactus roads in northeast Phoenix to the designated “free speech zone” surrounded by gates outside the church, about a half-mile away. After chanting in the zone, and running into about 10 counter-protesters, 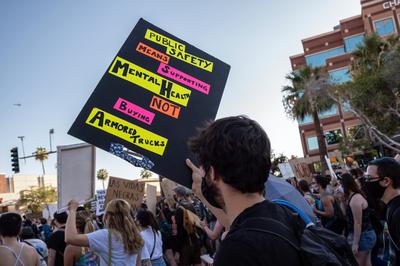 Protesters call on Tempe to defund the police

Several hundred protesters descended on Tempe Thursday afternoon demanding the city defund the police by about $22 million and instead use the money to fund affordable housing, preschool and transit programs. As the protesters marched, they chanted, “The strategy is to defund the police, the goal is to abolish the police, and the attitude is 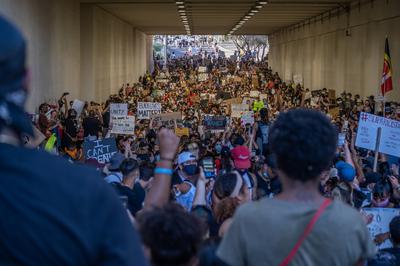 As thousands marched through Old Town Scottsdale Sunday evening, united to protest police brutality against minorities, their chants echoed off the shops and restaurants that line Scottsdale Road and the surrounding area: “Say their names!” “No justice, no peace!” “I can’t breathe!” The protest was one of several on the 11th consecutive night of demonstrations across Arizona, sparked by the death of George Floyd, who was killed by a police officer in Minnesota on May 25. That same day, Dion Johnson was shot and killed by a state trooper while sleeping in his car parked on the Loop 101 freeway. There has been little transparency from Phoenix Police Department, which is investigating the shooting, or the Arizona Department of Public Safety, and many questions remain about what happened that led an officer to shoot and kill the unarmed Johnson. 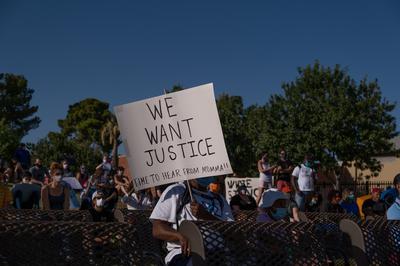 The 100 or so people who gathered in Eastlake Park near downtown Phoenix early Saturday evening heard one message over and over: Black lives matter to Black mothers. Janelle Wood, founder of Black Mothers Forum, led the event. She invited mothers, fathers, sons and daughters to join her briefly on stage in solidarity. Speakers, including youth activists, faith leaders, parents and Phoenix Mayor Kate Gallego, spoke about what it means to be Black in America, ways the state and country can continue this dialogue and why this conversation on race is important. 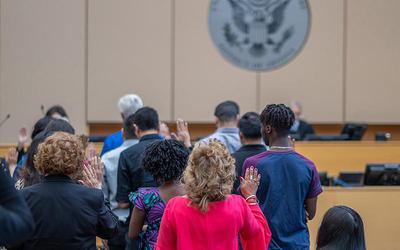 Becoming American takes more than an application. The process is long and arduous, and it comes with struggles in and between each step. Stories and photos by Chloe Jones, Cronkite News 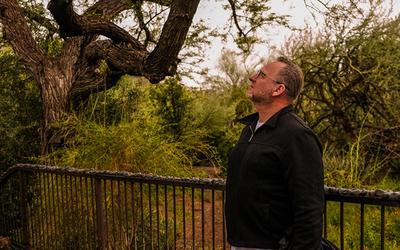 How the sounds around you could be a harbinger of climate change PHOENIX – Saguaros and cardons tower against a soft gray sky as a family of quail tiptoes through the brush. Flowers glisten with raindrops. Under a tree, a man stands motionless. His eyes are closed, and he’s smiling softly. Paine is an associate professor of digital sound and interactive media at the School of Sustainability at Arizona State University. He co-leads the Acoustic Ecology Lab, where he studies how sounds can help
Load More Articles
Close ✕